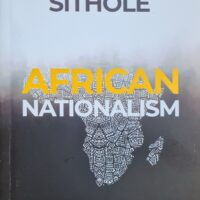 Conceived in an era of remarkable uncertainty and hope for the continent, African Nationalism belongs to the same cohort as the works of Kwame Nkrumah, Frantz Fanon, and other postcolonialist visionaries whose ideas accompanied the African masses into battle against imperialism.
The contemporary relevance of the text rests on four fundamental contributions to the enduring epistemology on African nationalism: history, theory, prophecy, and agency. The first of these is simple: Sithole not only succeeds in historicizing the road to the surge of African
nationalism post-World War II, his work represents a stamp on the historical moment of uprising. Secondly, in addition to telling the story of how we got to the era of African nationalism, Sithole presents a working definition of nationalism in colonial Africa, laying out various considerations through which to theorize the idea and reality thereof.
The text also reads prophetically, as six decades later, the book continues to present us with critical questions on the conceptualization of the contemporary African nation. Finally, there is the matter of agency. In not only beginning the book with a detailed autobiography, but injecting his experiences into the interrogations in later chapters, Sithole gives critical
insight into how African Nationalism conceptually came to be, relative to his positionality.
A simultaneously triumphant and tragic read, the Reverend’s ideas are as relevant now as they have ever been. They remain an important window into the historical rise of African nationalism, and a platform upon which contemporary debates thereof can be held.