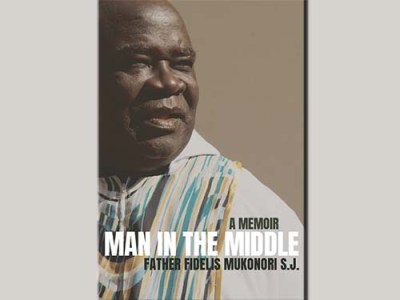 I would like to take this opportunity to thank you for the profound impact your book ‘Man in the Middle’ has had on me.  As a white woman living in Zimbabwe since my birth in 1961 I feel deeply saddened by the grave mistakes we have made as a race since colonising this country.

Your book has enlightened me to so many aspects of the war that was oblivious of and maybe as race we chose to ignore.

I had the greatest respect for our former leader, Robert Gabriel Mugabe and I have read numerous books on his life to try and understand the man.  He had the most honourable ambitions for Zimbabwe and I am saddened that things did not turn out the way Zimbabweans anticipated, during his presidency.

Mugabe was responsible for educating the vast majority of people in Zimbabwe and I don’t think any of us can forget that among so many other attributes.

You mentioned my father, David Stannard, a number of times in your book.  My father joined Mugabe’s ministry of defence under Munangangagwa, after independence in 1980. I know that he has deep regrets for the role he played in the C.I.O under the Smith Regime but Mugabe gave him a chance to make his amends. I came across an a article in the Sunday Mail, dated 12 April 2015 unveiling the plot to assassinate Mugabe in 1980. My father was awarded the Gold Cross for his part in uncovering this attempted coup.

My family are all living outside of Zimbabwe now and I am the only one remaining here. I love Zimbabwe with all my heart and I resolve to give back to this country as much as I can.

I pray every day that peace will eventually come to our beloved country and that Zimbabweans will be able to live a decent life that they so justly deserve and that the fruits of their perseverance can build a country for all to be proud of.

Thank you for all that you are to Zimbabwe.